How can we improve the often poor interaction and lack of genuine discussions between policy makers, experts, and those affected by policy?

As a social scientist who makes and uses models, an idea from Daniel Dennett’s (2013) book ‘Intuition Pumps and Other Tools for Thinking’ struck a chord with me. Dennett introduces the idea of using lay audiences to aid and improve understanding between experts. Dennett suggests that including lay audiences (which he calls ‘curious nonexperts’) in discussions can entice experts to err on the side of over-explaining their thoughts and positions. When experts are talking only to other experts, Dennett suggests they under-explain, not wanting to insult others or look stupid by going over basic assumptions. This means they can fail to identify areas of disagreement, or to reach consensus, understanding, or conclusions that may be constructive.

In this role, models are not intended to provide answers to policy makers’ questions, or tell them what might happen in the future. Instead, models aim to help policy makers, experts, and those affected by policy – all ‘experts’ on the policy topic at hand – improve their interaction and discussion, as well as their own thinking.

Models therefore become not ‘truth’ for policy makers to accept and take on board, but objects for everyone involved in making or advising or affected by the policy to consider and ‘wrestle’ with – even to attack. Let me provide two examples.

A group of local and regional policy stakeholders working on natural resource management and agricultural policy in Ethiopia was presented with an agent-based model of farmers’ decision making related to investing in soil conservation measures. The model set out decision and interaction rules for farmers based on theory developed from empirical work with farmers in the developing world.

The simple but specific model was quickly attacked by the stakeholders – they called it out on what they thought was missing or what was represented incorrectly. However, on some points, others jumped to the model’s defence, and stated that they agreed with it. The model’s detail helped to structure and focus conversation on specific issues, providing discipline to the discussions. The willingness of participants to attack the (unfeeling) model also brought out sensitive topics for discussion that might otherwise have remained untouched.

A fuzzy cognitive map of a river catchment

A varied group of local stakeholders discussing management of a river in the north of England aimed to explore future options for the operation of a large and ageing barrage on the river. In this process, stakeholders developed a fuzzy cognitive map of the river and the surrounding area. Building the map made clear the sheer number of factors important in the area, and the complexity of their interaction.

Of most value perhaps, was the fact that building the map helped stakeholders to realise themselves, in a non-confrontational manner, what they didn’t know, and/or which of their assumptions may be wrong. This happened because the mapping process forced them to agree collaboratively the links between key factors in the river system. Participants concluded some gaps in their knowledge could be filled easily with better interaction with other stakeholders, whereas others required primary research on the

processes of the river.

Both of these projects benefited from the use of intuitive and accessible modelling techniques, used not to give answers or forecasts, but to structure a discussion and ‘ask’ potentially ‘stupid’ questions – just like Dennett’s philosophy undergrads. Like much participatory modelling work, the real value was in the process, not the model itself. However, the models’ specificity, intuitive appeal, and neutrality aided discussions in a way other methods or facilitation may not have. I, for one, am looking forward to building more models in the future for policy stakeholders to attack with relish!

To find out more:

Thanks to Dr Alexandra Penn (University of Surrey) who leads the second case study.

How to evaluate complex research impact 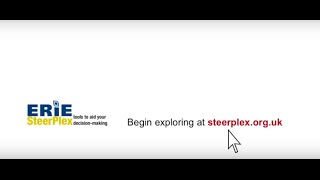 Tools, tools everywhere...and not a hammer in sight!